“I Don’t Believe In Luck; The Harder You Work, The Luckier You Get”: Meet Caprice Bourret

The Sybarite spoke to celebrity model and reality star turned businesswoman and philanthropist, Caprice Bourret, about being an entrepreneur, overcoming preconceptions, life as a working mother and the changing modelling industry.

Model, actress, businesswoman, philanthropist…there’s not much that Caprice hasn’t done. The Southern California native has appeared on over 300 magazine covers across the globe, becoming one of the most photographed women in the world. Voted GQ Magazine’s Women of the Year and Maxim’s International woman of the year three years running, she faced prejudice when she transitioned into acting on the West End stage in London but received rave reviews. Now a successful businesswoman – she’s founder and CEO of By Caprice products – and philanthropist, having raised hundreds of thousands of pounds for charity, she juggles her work life with raising her two three-year-old sons, Jax and Jett, at their home in London.

“Public perception was against me,” Caprice says of her time playing the lead role in the musical Rent. “What’s a model doing in the West End?” she scoffs, mimicking some of the comments she’d received in the past. The fact that she overcame these negative preconceptions about her acting ability to receive public appraisal is in her eyes, “a huge accomplishment” and one of the highlights of her varied career. “I really fought for that role,” she recalls, “because trust me, they didn’t want me.”

It was actually at a time when Caprice’s entertainment career was enjoying a constant high that she decided to set up her own business, By Caprice Products. “I was at an age where even though I was at the top of my game in the modelling world, I knew it wasn’t going to last forever [as modelling] is a young man’s game,” she says, so she thought of a “plan B”. This turned out to be a highly successful underwear line, a swimwear line, and more recently, a home collection, By Caprice Home. She’s even created a diffusion line of women’s underwear – JJ Lux By Caprice – which she says is “a much younger line.”

However, with such big plans for the future – Caprice plans to continue growing By Caprice Products, as well as potentially re-entering reality TV and the entertainment world at some point and continuing to raise her two sons – the entrepreneur describes her life as a “juggling act.”
“It’s just non-stop,” she says of her business. “I don’t believe in luck; the harder you work, the luckier you get…I believe that good old fashioned hard work pays off.”

“There’s a lot of kids these days that want the shortcuts and do reality TV or marry a footballer,” she says, “at the end of the day, nothing pays off other than having your own independence and not being financially reliant on anyone. For me, especially having children, it’s just been a lot of hard work to get there.”
“Nobody else has handed this to me on a silver plate, I’ve done it all myself.”

So how does she balance such a busy working life with having time to herself and her family? “There’s no real formula, and there’s no real balance actually,” Caprice says. “Just do the best that you can do.”
“I do feel guilty because I do work very hard,” she says of the perennial working mother struggle, but puts faith in the fact that it’s all to give her children the best future possible. “There’s a lot of times that I’m at work and I’d love to be with them, I want to be with them all the time, so where do you find that balance? It’s very difficult.” However, despite the lack of sleep, the hectic mornings and the constant juggling, Caprice wouldn’t have it any other way, as she says that “My children bring me the most joy and they are my happiness.”

How has motherhood changed her attitude towards life? “I’m not even the same person, not even remotely” Caprice laughs. “Before it was all about me, me, me; it’s different when you don’t have any kind of real responsibility, and now with children, it’s all about them. Nothing is about me. There’s no time for me. But it’s OK because my kids have brought me happiness that nothing can replace.”

As a working mother, someone who is constantly trying to balance her work and home life, does the entrepreneur think it’s possible for women to Have It All? “For me, right now, I feel really complete,” Caprice says. “I feel really happy. Yeah I’m working harder, yeah I don’t sleep, but I’ve got my beautiful children who bring me so much joy. I’ve got a wonderful man; I didn’t compromise, I waited for the right one and I definitely got the right one. He is the love of my life, he’s my best friend, he’s my partner. And I’ve got a thriving business. But I work hard for all of it” she affirms. “Even relationships you have to work at – you have to keep that flame going. It’s about loyalty, it’s about trust, it’s about great communication. And especially us as women, we’ve gotta work a bit harder sometimes at it to keep it going and that’s OK because we’re like the rock of the family; we’re the life and the spirit of the family and it’s kind of empowering knowing that as well.”

Adding another string to her bow, Caprice has just launched a mummy blog as she felt that there wasn’t a definitive website out there for new mothers that included all of the most simple but important things one needs to know. She’ll be covering everything from nutrition to booster seats to fevers. “I wanted to start a blog that’s like a one-man shop,” she says.

Having been a leading figure in the modelling industry for many years, I wanted to know how Caprice thought the sphere had changed in recent years. “The money that I made back then just isn’t there anymore because of competition” she begins. “It’s a lot tougher. For me, I looked at the modelling industry as a business. I think girls look at it differently now.”

Even when she was just starting out in her career, Caprice explains how she would always make sure she owned the right to her pictures so she could sell them on, refusing to sign deals with photographers unless they signed a contract with her.

Speaking of the Instagram model generation, Caprice acknowledges that the platform has changed the game for the modelling industry: “These bloggers are becoming real celebrities” she says. “It doesn’t cost them any money at all for content, and you can reach the world, in my heydey, you couldn’t do that.”

Now in her forties, Caprice still retains a glowing, youthful appearance, which she says is the product of a healthy, mostly organic diet: “I really believe in what you put into your body. Generally, I’m 90 per cent vegetarian and I’ll juice every day” Caprice says. Ultimately, however, the entrepreneur believes that happiness is the key to beauty. “I think happier people really are more beautiful people and I think it keeps you young” she enthuses. “You could get a facial and spend a fortune on god knows what, but overall, I just believe drinking your water and what you put in your body is key.”

Having travelled to so many places around the world throughout her life, we wanted to know which destination Caprice loved the most. “I used to do this show called Caprice’s Travels and I went to Jordan on one of my trips. I thought it was the most beautiful and culturally so interesting!” she gushes. She reminisces about a trip to Petra, Jordan’s “lost city” and one of the Seven Wonders of the Modern World, marvelling at its stunning beauty. She also loved Machu Picchu in Peru, saying how she would love to take her boys there one day when they are older.

Lastly, we asked Caprice what her idea of luxury is. “Sleep!” she laughs, “I swear to you, I’m not even exaggerating! Sleeping in, a nap…anytime I can just get some shuteye!”
With so many exciting plans constantly unfolding, we doubt Caprice will get much of that anytime soon, but we truly believe it is all worthwhile. 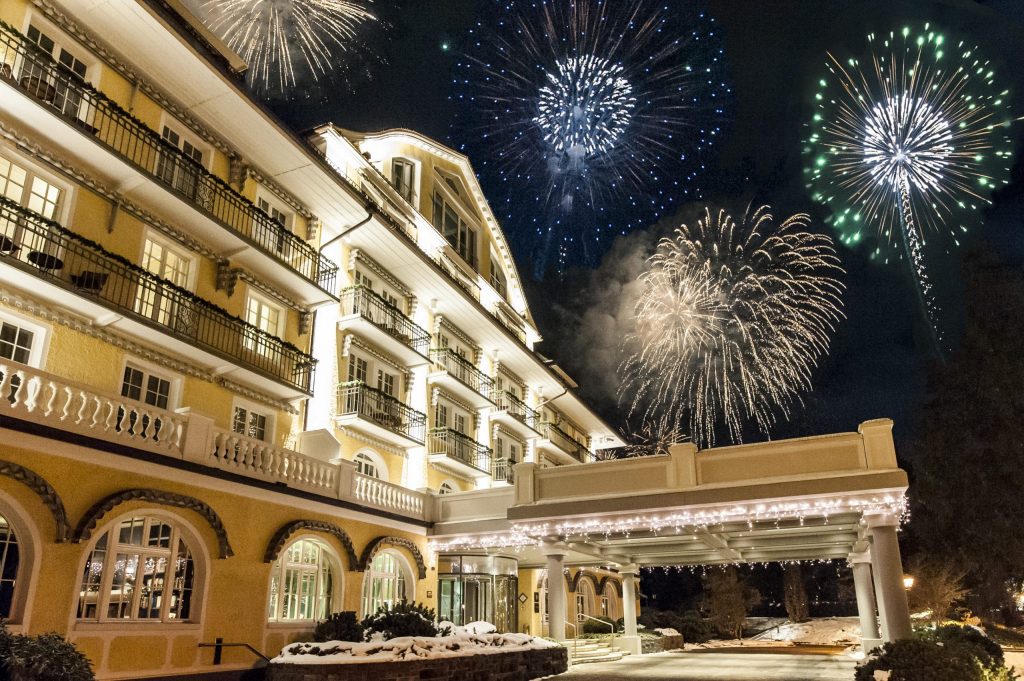 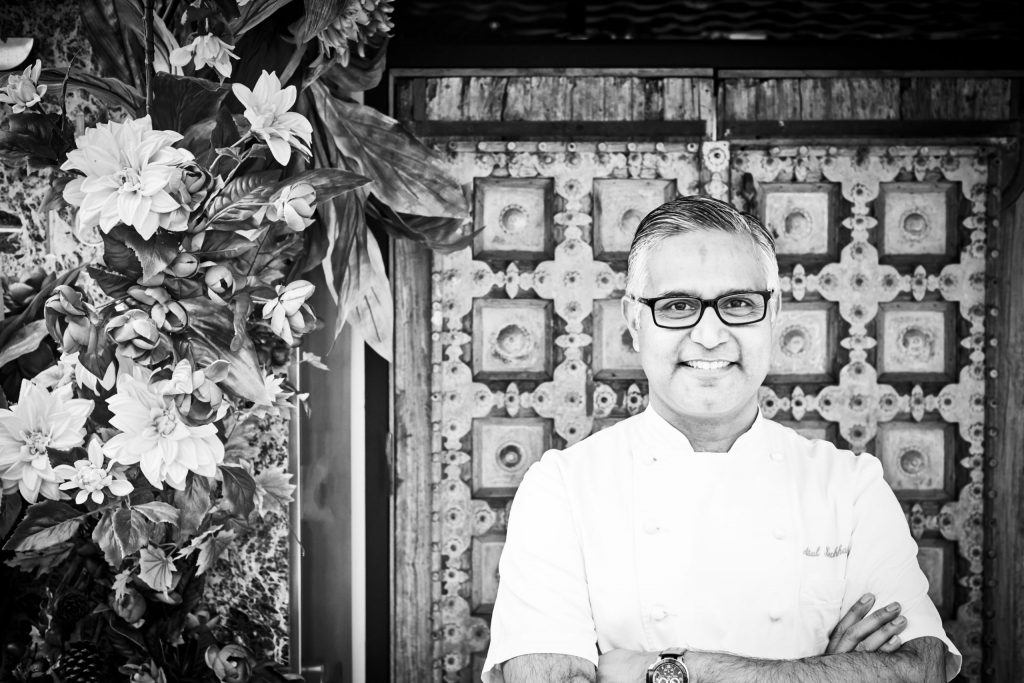 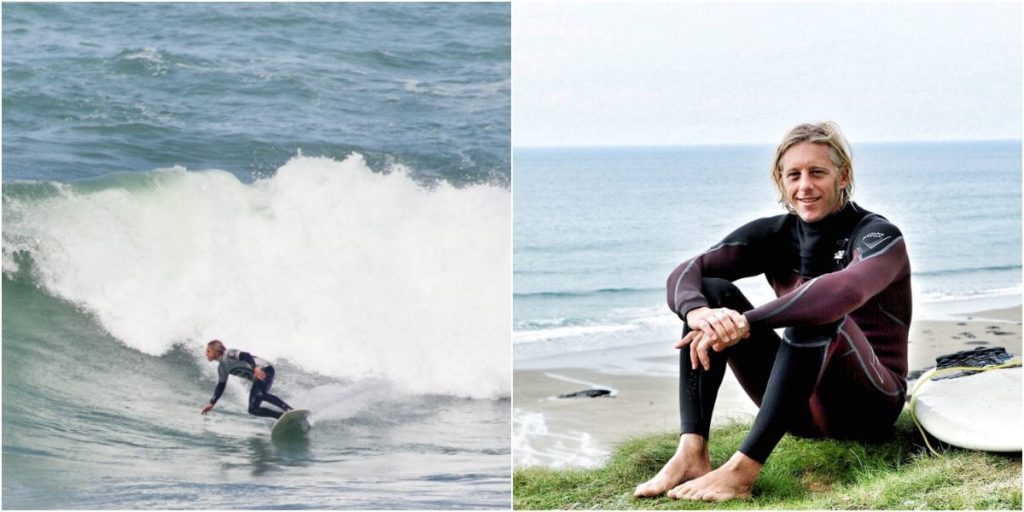 “The Best Way To See The World Is With A Board Under Your Arm: Meet Surf School Founder George Stoy”