The Clove Club | One of the best restaurants in the world!

Located inside Grade II-listed Shoreditch Town Hall, a space now transformed into an arts and events venue, The Clove Club opened in March 2013 thanks to a successful crowdfunding initiative. The restaurant which earned its Michelin star in 2014 has been on my foodie radar for a very long time and finally, for my 6th wedding anniversary, the time had arrived to grace my tastebuds with its culinary delights.

One of the first things to strike you upon arrival is the small, unassuming dining room. It’s not the grand interiors you’d perhaps expect when you walk through the big blue doors. No airs and graces – A sign from the start that the food will be doing all the talking. The high ceilings, dark wood and pale walls make up the simple decor. The beating heart of the room, though, comes from the blue-tiled open kitchen where Chef Isaac McHale and his brigade produce wonderfully original food.

From the staff member that greeted us at the door to the sommelier and the chefs, every member of staff was not only a true professional but reinforced the relaxed ambience of the restaurant.

One of the first things that I noticed was that there was no choice of menu. The only choice you have is whether you go for six or ten courses. I know, ten courses – which we obviously went for. The tasting menu highlights the best produce sourced from across the British Isles, with ideas and inspirations taken from around the world. The wine list showcases regions from the old and new world, encompassing traditional and modern styles of winemaking, with a focus on artisanal growers. We opted for wine pairings which included wine pairing, soft pairing as well as an ambient tea pairing.

The menu kicked off with a selection of snacks including smoked trout tart, carb tart and devilled spices and buttermilk fried chicken which was amazing and presented in its own basket of greenery.  I was loving the open-plan kitchen, watching Issac and his enormous team sprinkling fairy dust on the food, clattering pans about and rushing around in the usual cheffy type way.

The courses just kept on arriving as did the drink pairings, everything was perfectly timed.  One of my favourite dishes was the gently cooked Orkney Scallop, potato and Sancho butter, the scallops just melted in the mouth, they were divine.

Also included in the menu was a liquid course which arrived in the form of a hundred-year-old Madeira. The 1908 D’Oliveiras Madeira Boal Reserva was gingerly poured into a wine glass, then joined by a hot duck consommé from a brandy decanter. This is not something I have ever experienced before. The Madeira on its own was delicious, and it took my mind a bit of time to catch up with the fact I was drinking a hot course from a wine glass.

The desserts were just as impressive as the rest of the menu and it was clear to see why this restaurant had been named one of the 50 best restaurants in the world for the 2nd year running.  The food was to die for and the surroundings relaxed, but ultimately I felt completely spoilt, it had been an amazing food experience.

Past Experience: Linnaean x The Sybarite – Eat Out To Help Out Campaign 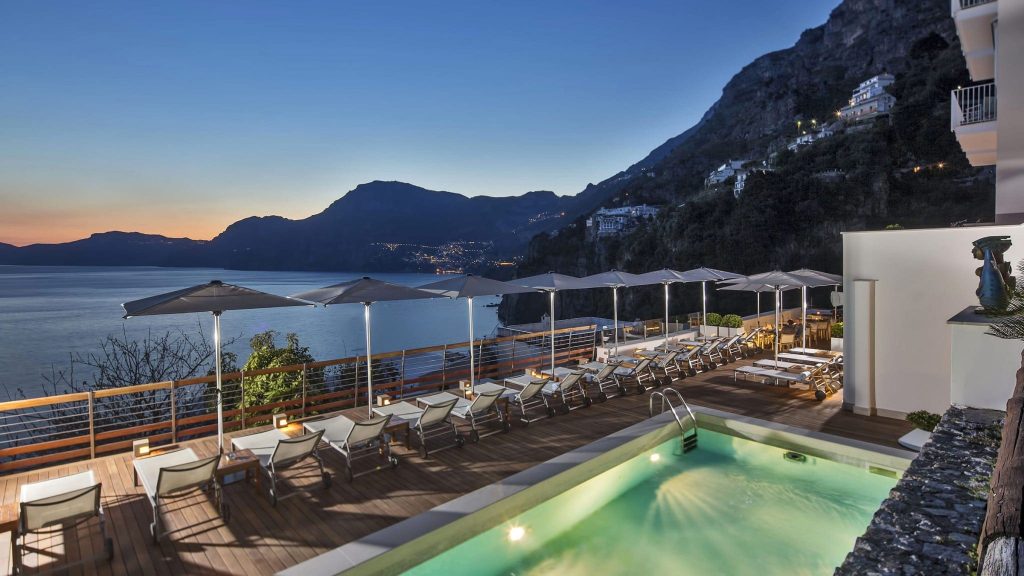 Casa Angelina – A Chic Hideaway on the Amalfi Coast